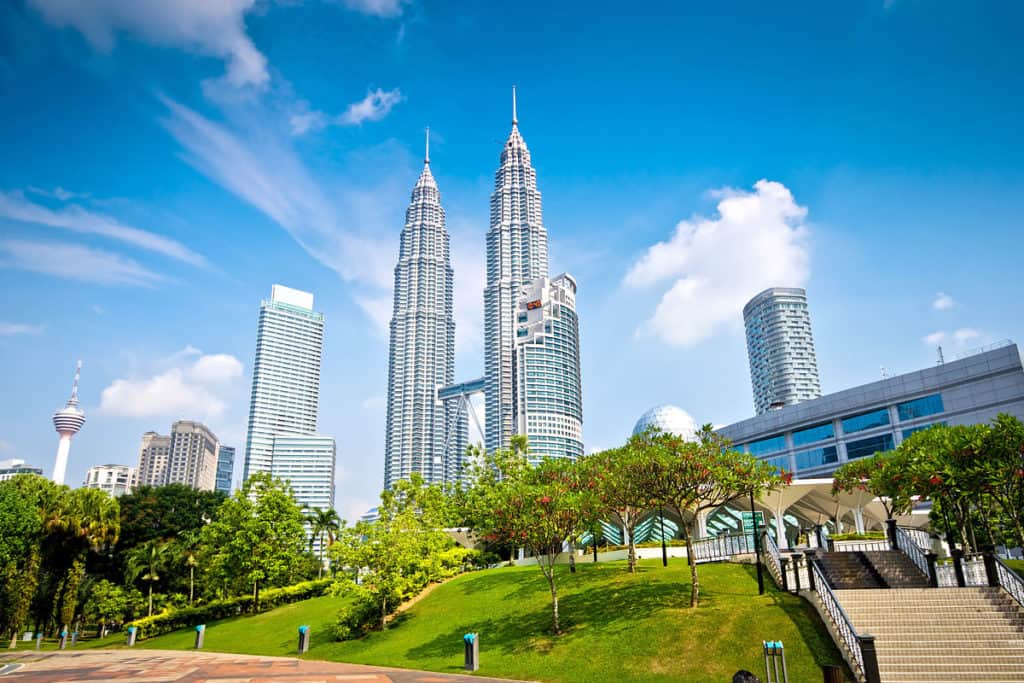 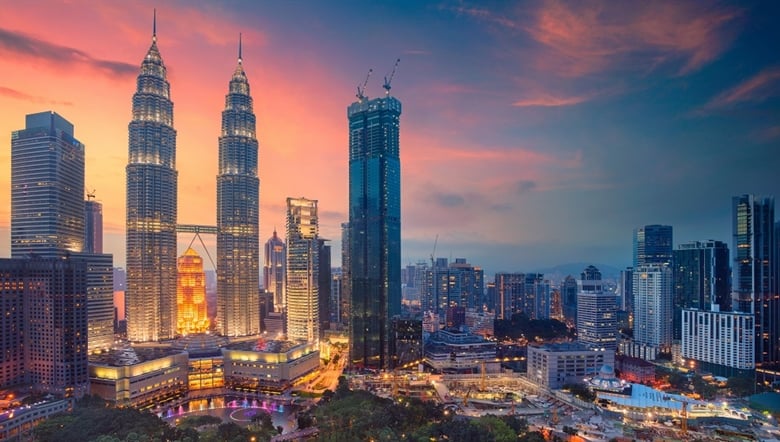 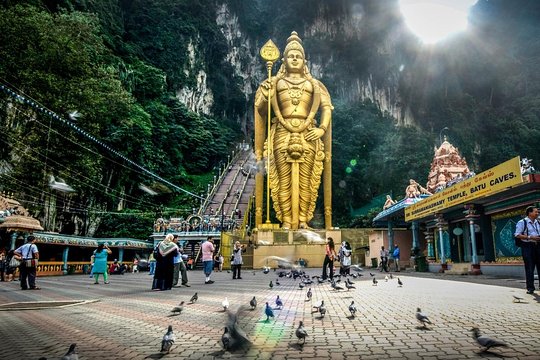 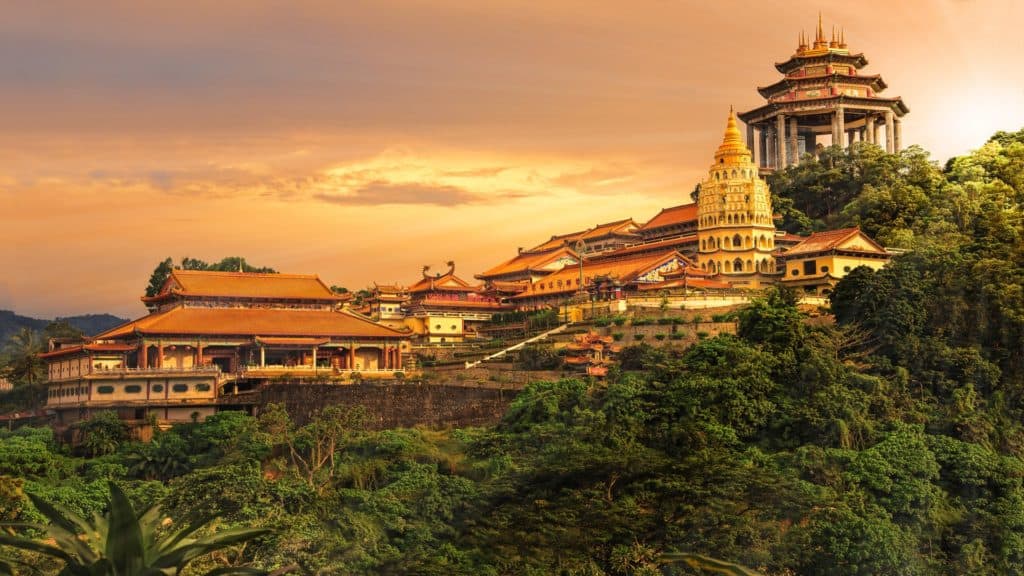 Malaysia, country of Southeast Asia, lying just north of the Equator, that is composed of two noncontinuous regions: Peninsular Malaysia (Semenanjung Malaysia), also called West Malaysia (Malaysia Barat), which is on the Malay Peninsula, and East Malaysia (Malaysia Timur), which is on the island of Borneo. The Malaysian capital, Kuala Lum-pur, lies in the western part of the peninsula, about 25 miles (40 km) from the coast; the administrative center, Putrajaya, is located about 16 miles (25 km) south of the capital.Malaysia Tour Packages

Malaysia, a member of the Commonwealth, represents the political marriage of territories that were formerly under British rule. When it was established on September 16, 1963, Malaysia comprised the territories of Malaya (now Peninsular Malaysia), the island of Singapore, and the colonies of Sarawak and Sabah in northern Borneo. In August 1965 Singapore seceded from the federation and became an independent republic.

Malaysia  is a friendly, culturally rich nation that’s modern and comfortable yet has managed to retain its ecological beauty; the country is a mix of Malay, Indian, Chinese, Arabic, European, Peranakan and other cultures and its landscape is dotted with temples that rub shoulders with mosques and churches . Malaysia Tour Packages

Malaysia is a Southeast Asian country occupying parts of the Malay Peninsula and the island of Borneo. It’s known for its beaches, rain forests and mix of Malay, Chinese, Indian and European cultural influences. The capital, Kuala Lump, is home to colonial buildings, busy shopping districts such as Bu kit Banting and skyscrapers such as the iconic, 451m-tall Personas Twin Towers.

You can eat and drink your way through Malaysia – its choice of gastronomic offerings is legendary. Hawkers move around on foot, bicycles, tricycles, motorcycles and vans to vend their food. Stalls line five-foot walkways and side lanes; some even operate from booths within shops, kopitiams, markets, air-conditioned restaurants and large-scale food courts within shopping malls.

The naturalistic enclosures simulate the animals’ native habitat. Animals are separated from visitors with natural barriers, rather than caged, similar to the Singapore Zoo’s open concept. Instead of vertical prison-like cages, cattle grids were laid all over the park to prevent hoofed animals from moving one habitat to another. These are grille-like metal sheets with gaps wide enough for animals’ legs to go through. Moats were designed to look like streams and rivers to enable fishing cats and servals to be put on show in open areas, and hot wires were designed to look like twigs to keep animals away from the boundaries of their enclosures.

Gear yourself up for the exciting day starting from Colonial Heart. Here you will take a tour to the major architectural attractions in Singapore like Supreme Court, Parliament, City Hall. Take a spiritual route to the Hoklo Temple, and then Thian Hock Keng Temple, the oldest temple of Singapore. You will be next visiting the Merlion Park to visit the statue of mascot of the city. Merlion is a mythical creature. Your next visit is the Maria Bay that will give you splendid visuals. The next phase of the journey for the day is Sentosa Island. This tour includes famous Butterfly Park, along with you can enjoy the exotic life of insects. Amazing tour to the SEA aquarium will give you an opportunity to explore marine life. A magnificent and amazing light show called Wings of Time will be a memorable journey by taking a cable car ride. Next you will be visiting Merlion tower. End your day with a visit to a theme park called A slice of Paradise.

Your day begins with an early breakfast at the hotel’s restaurant. Next on the day’s schedule is to explore Sentosa Island, known as a paradise for adventure lovers. Make sure you visit the major spots like the Trick Eye Museum, the Adventure Cove Waterpark, the Skyline Luge, or fulfill your dream of flying at iFly, world’s largest wind tunnel for indoor skydiving. Get back to the hotel and relax.

After taking exotic breakfast start your day for the Universal studios. It is one of the major tourist spots in Singapore. You will take a ride to the wide range of movies with an exciting rides. If you are an ardent lover of movies this place is a paradise for you.

Your day begins with an early breakfast at the hotel’s restaurant. Next on the day’s schedule is to explore Sentosa Island, known as a paradise for adventure lovers. Make sure you visit the major spots like the Trick Eye Museum, the Adventure Cove Waterpark, the Skyline Luge, or fulfill your dream of flying at iFly, world’s largest wind tunnel for indoor skydiving. Get back to the hotel and relax.

Take flight to Kuala Lumpur Relax for the entire day in your hotel room.

Marvel at the majestic King’s Palace, and the impressive National Mosque. Pass the Old Railway Station, and look at the world’s tallest free-standing flagpole on Independence Square. Continue to KL City Gallery, where the past, present, and future is explored through photos, paintings, and miniature replicas. Enjoy a complimentary tea or coffee before moving on to the Petronas Twin Towers by Cesar Pelli. Head to KL Tower to get breathtaking views from the observation deck. Continue to the vibrant Bukit Bintang entertainment district. Pass through the Golden Triangle shopping district and enjoy an optional visit to the batik outlets and Beryl’s Chocolate Kingdom before drop-off at your hotel or a shopping mall of your choice.

In this last phase of your vacation, you will be enjoying the city of Kuala Lumpur. Take a beautiful strolling around city. Visit the Golden triangle area before take a drive to Chinatown. King Palace’s and Masjid Jamek are the two other tourists spots. Then visit the National Monument that has been dedicated for the fallen heroes. 19th century Moorish architecture in Sultan Abdul Samad Building is another majorly attractive tourist place. Take a spiritual tour to the beautiful temple of Thean Hou. End your day with a spectacle of National Museum.

After the exotic holiday, pack your bags to take a flight for your destination. This tour will give you innumerable memories to cherish for lifetime.