Bhutan is also called “The land of Thunder Dragon” because of the violent and large thunderstorms that whip down through the valleys from the Himalayas. Bhutan, nestled in the Eastern Himalayas between China and India, the small Buddhist Kingdom of Bhutan opened itself to the world only in 1960s. It had been largely mysterious even to its neighbours but abandoning its self-imposed policy of isolation had it grappling to find a precarious balance between modernization and the preservation of its culture and traditions.However, it does seem that Bhutan has found the perfect balance between the two and now though it is making tremendous developments in all sectors, it also manages to hold onto its unique identity that makes it unlike any other country in the world with a population of just over 8 lakhs. So, lets explore the beauty of this wonderful “Land of Dragon” where paradise resides

Representatives will receive from the airport. After that we will drive to Thimphu. On the way visit Tachogang Lhakhang. Tachogang Lhakhang, ‘temple of the hill of the excellent horse’, rises in austere surroundings on the left bank of the river. This private temple was founded by the Tibetan saint, Thangtong Gyelpo (1385-1464), while he was meditating here, Thangtong Gyelpo had a vision of the excellent horse Balaha-an emanation of Avoloketeshvaras. He decided thereupon to build a temple at this spot in addition to one of his famous iron bridges (later carried away by floods in 1969). Evening leisure in the Town. Overnight in Thimphu Hotel

After breakfast starts for thimphu sightseeing

Visit Buddha Dordenma Statue. It is a bronze statue gilded in gold. It is one of the largest Buddha Statue in the world, at a height of 51.5 metres (169 ft). The statue alone is being built at a cost of US$ 47 million by Aero sun Corporation of Nanjing, China, while the total cost of the Buddha Dordenma Project is well over US$ 100 million.

The Lhakhang was built in the 12th Century on a site chosen by Lam Phajo Drugom Zhigpo, who came from Ralung, Tibet. It is an old fortress-like temple perched on a ridge above Thimphu and it has a beautiful view of Thimphu from the courtyard. The main chapel houses a unique statue of the seated Avoloketeshvaras, the Buddha of Compassion

This museum was established in 2001 and provides visitors and tourists with fascinating insights into the Bhutanese material culture and way of life. The Folk Heritage Museum is set inside a three storied, 19th century traditional house.The museum gives you a glimpse of the traditional Bhutanese lifestyle, in addition to artifacts from rural households; it also displays an impressive collection of typical household objects, tools and equipment. The museum also organizes regular demonstrations of rural traditions, skills, habits and customs as well as hosting educational programs for children

Which houses the national animal the Takin that is only found in Bhutan. This is an extremely rare member of the goat family. Found in herds in the very high altitudes (13,125ft and over). They live on a diet of grass and bamboo. It can weigh as much as 550 pounds.

A living museum of rural life which provides visitors and tourists with fascinating insights into the Bhutanese material culture and way of life.

This stupa was built in 1974 by Her Majesty AshiPhuntshoChodenWangchuck in the memory of her son Bhutan’s late third King His Majesty JigmeDorjiWangchuck, who is popularly regarded as the Father of Modern Bhutan.

Tashichhoe Dzong, a fortress of the glorious religion. It was built in 1641 by Zhabdrung Ngawang Namgyel and was reconstructed into present structure by the late King, His majesty Jigme Dorji Wangchuck in the year 1962-1969. It houses the secretariat building, the throne room and the office of the king, and the central monk body. Evening leisure in the Town. Overnight in Thimphu Hotel.

After Breakfast drive to Punakha. On the way visit Druk Wangyal Lhakhang as well as 108stupas. The DrukWangyalLhakhang, a temple in Dochula, offers an interesting example of traditional Buddhist culture meeting the 21st century. The Queen Mother Ashi Dorji Wangmo Wangchuck completed construction of this temple in 2008, in commemoration of Bhutanese causalities in the 2003 conflict with Assamese Militants.

After refreshment at Dochula Pass Resort (tea & snack) you will continue your journey to Punakha. Punakha has been inextricably linked to some of the most momentous events in the Bhutanese history and deserves its reputation as one of the most beautiful and significant regions at the heart of Bhutanese culture. Punakha had served as the capital of Bhutan from 1637 till 1907 and the 1st National Assembly was held here. Enroute stop and take a short hike to Chime Lhakhang.Chime Lhakhang is a small 15th Century temple famous for its fertility endowments or rites due to the blessings of Lam DrukpaKuenley. The temple sits on a hillock shaped, as only DrukpaKuenley could describe it “like a woman‟s breast”. You will have lunch at Lobesa Village. After lunch we will visit PunakhaDzong.

PunakhaDzong (fortress) is historically important and stands as the symbol for a unified Bhutan. PunakhaDzong (the Palace of Great Happiness) built in 1637 by the Zhabdrung. The Dzong is beautifully located in between the two rivers called Pho (male) and Mo (female) Chhu (river). It was the capital of Bhutan till 1955. The establishment of the Wangchuck Dynasty on 17th December, 1907 took place here and the first National Assembly was also held in the Dzong in 1953. PunakhaDzong continues to be the winter residence of the Je Khenpo (Chief Abbot) and the central monk body.VisitWangdue Valley and Dzong. Overnight in Punakha Hotel.

After breakfast we will drive back to Paro. On the way you can also stop at Royal Botanical Park, Lampelri for a short period of time. After that we will drive to Paro we will stop at the river side of Parochu were we will take photo graphs. On arrival Paro we will visit the following places:

National Museum was built as a watch tower. Unlike the rectangular shape of the Dzongs, Ta Dzong is conical, more like that of a European castle. Since 1967 the Dzong was re-established as the National Museum and holds a fascinating collection of art, relics, religious thangkha paintings and Bhutan’s exquisite postage stamps.

This is also known as the “fortress of the heap of jewels”. It was built during the time of Zhabdrung Ngawang Namgyal in 1646 after the small Hungrel fortress built by Lam DrungDrung was offered to Zhabdrung. The approach to the Dzong is through a traditional cantilever bridge.

This is one of the 108 temples built by the Tibetan King Songtsen Gampo in the 7th century to subdue the ogress that lay across the whole of the Himalayas. Overnight in Paro Hotel.

Taktsang Palphug Monasterymore famous as Paro Taktsang is a Buddhist temple complex which clings to a cliff, 3120 meters above the sea level on the side of the upper Paro valley. The TaktsangPalphug Monastery is one of the most famous touristic destinations of the country and the cultural icon of Bhutan. Visiting the ParoTaktsang Monastery is an unforgettable experience thanks to its unique location and the views of surrounding majestic mountains and emerald green valleys. It is believed that in 8th century Spiritual Master (Guru Rinpoche) known as the second Buddha in Bhutan, have arrived here flying on the back of a tigress from SingyeDzong in Lhuntse and meditate in a cave for three month where Taktsang Monastery now stands.
Hold night at the hotel in Paro.

DAY 06:DEPARTURE TO PARO AIRPORT
After breakfast, we will drive to Paro International Airport for your onward flight. Our guide and driver will bid you farewell here at the airport. We wish you a very safe and pleasant flight for your onward destinations. 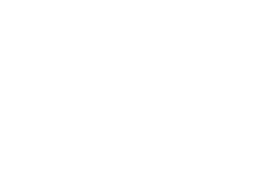